First there was Asian financial crisis. Now there is regional cooperation 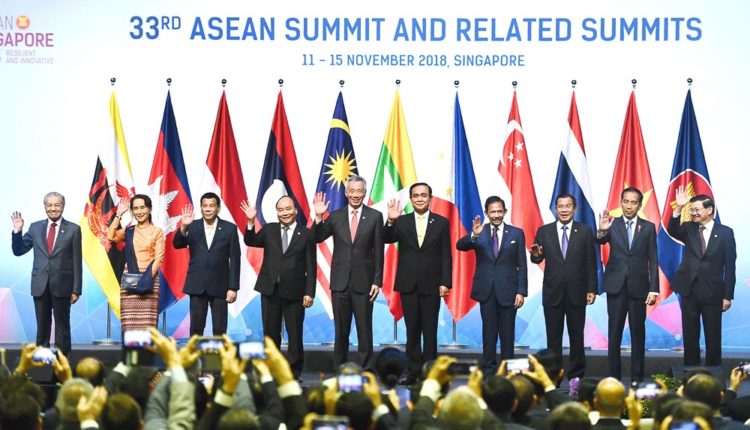 Singapore – Countries in East and Southeast Asia are committed to strengthening the region’s financial integration as an effort to improve economic stability, close the infrastructure financing gap and ultimately decrease their dependence on foreign currency.

During those times, currencies like the Indonesian rupiah, Philippine peso and Chinese yuan, for example, were heavily depreciated because of a stronger US dollar. Luckily, the turbulence only lasted during the first half of 2018 as the greenback lost its might toward the end of the year.

Although lasting for only a few months, the ASEAN+3 member countries — consisted of the 10 Southeast Asian countries along with China, Japan and Korea — were anxious when they remembered the nightmare of the 1997 Asian financial crisis as last year’s threats were projected to continue in 2019.

To prevent the crisis from happening again, the 13 countries have undertaken multiple efforts to strengthen the region’s economic resilience, one of which was a multilateral swap arrangement called the Chiang Mai Initiative Multilateralization (CMIM).

According to the ASEAN+3 Macroeconomic Research Office (AMRO), the initiative was established in 2000 as the Chiang Mai Initiative that involved a network of bilateral swap and repurchase agreements among members. The initiative was later multilateralized in 2010 into a single contractual agreement to act as a “safety net” for member countries.

AMRO deputy director Yasuto Watanabe said recently the multilateralization was expanded and it had collected US$120 billion. Any member country could withdraw 20 percent of the maximum amount if the International Monetary Fund (IMF) did not support them, known as the IMF de-linked portion, whenever they face any balance-of-payment problems.

“The members then agreed to strengthen the CMIM by doubling its size to $240 billion and increasing the de-linked portion to 30 percent,” he said during a seminar in Jakarta on East Asian financial cooperation.

The assistant governor of the Central Bank of the Philippines’ monetary stability sector, Wilhelmina Mañalac, said the member countries were open to the possibility of increasing the total size and de-linked portion in the future but he declined to reveal by how much they would raise them as the multilateral organization was still discussing the matter.

Bank Indonesia (BI) international department deputy director Haris Munandar, the government was very supportive of the initiative as it acted as the country’s second line of defense to maintain its financial stability.

“It also enables us to provide funds to any countries that need the assistance,” he said, adding that Indonesia had committed to provide $9 billion to the initiative so far.

Switzerland-based financial firm UBS’ senior ASEAN economist, Edward Teather, told the Post the CMIM was able to provide some sense of security to the member countries, but he was unsure if those countries were keen on rushing to access the funds.

“The scale of funds countries can access without conditionality isn’t very big for most Southeast Asian countries,” he said. “The level of foreign exchange reserves [owned] by Indonesia, the Philippines, Singapore, Malaysia and Thailand is all far higher than they can get from CMIM in a very short term.”

Besides focusing on maintaining stability, the ASEAN+3 countries are also committed to developing the region’s financial market through the bond market.

In 2003, the countries set up the Asian Bond Market Initiative (ABMI) to help create supply and demand, as well as to mitigate local currency bonds in the region.

ADB financial sector specialist Kosintr Puongsophol said the ABMI provided information dissemination on local currency bond markets of the ASEAN+3 members, promoted and encouraged the issuance of local currency bonds and guaranteed more than 20 bonds issued in 2016 to 2018 in Indonesia, Singapore, Thailand, Vietnam and the Philippines.

However, Indonesia Stock Exchange senior researcher Poltak Hotradero said the promotion of the region’s bond market has become more necessary nowadays as its potential was getting bigger day by day.

In 2017 alone, he said, global pension funds reached a total value of more than $41 trillion. This created a huge opportunity for the ASEAN+3 bond markets as big pension fund institutions were looking for more investment opportunities everywhere, including in this region.

Despite all of these efforts, ASEAN Secretary-General Lim Jock Hoi said there was a pressing need to further integrate the region’s financial markets to make them more resilient, especially to natural disasters as Southeast Asian countries were particularly vulnerable to this threat.

He also said the integration among the ASEAN+3 countries was needed to close the infrastructure financing gap as it would hopefully create more innovative investment instruments and products.

He added that countries should also make use of the rapid digital financial technology growth to play a big role in the integration process to increase financial inclusion in the region.

Haris of BI said he also hoped the stronger financial cooperation between East Asian countries would ultimately help reduce their dependence on foreign currency, resulting in stronger resilience to external negative sentiments in the future.