Hindus in Klaten pray for peaceful election during Melasti ritual 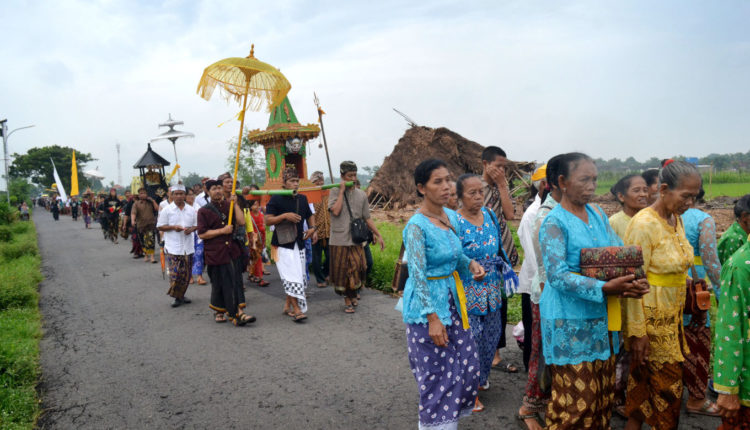 Klaten – Thousands of Hindus from Yogyakarta as well as Central Java’s Klaten and Surakarta gathered at Umbul Geneng spring at Ngrundul village in Klaten to participate in a Melasti purification ritual on Sunday.

Held as part of ceremonies performed prior to Nyepi (Day of Silence) which will fall on Thursday, Melasti usually takes place on a beach, by a lake or pond symbolizing tirta amerta (holy water) that purifies the soul. 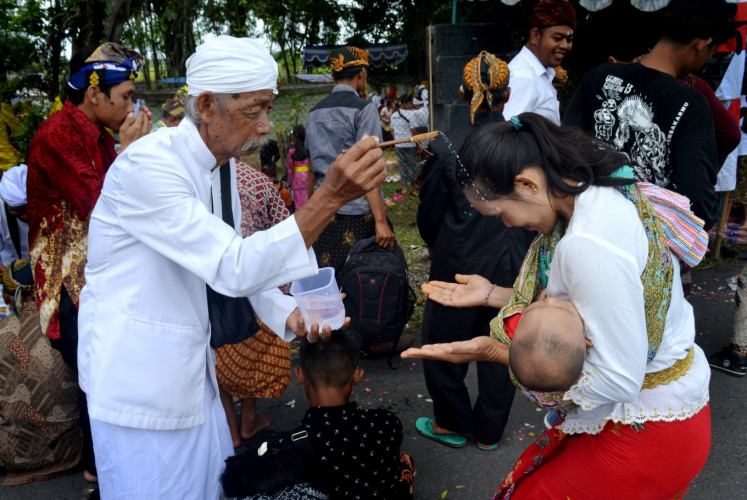 The ritual began with a kirab (parade) that traveled for 2 kilometers from Tirta Buwana Temple to Umbul Geneng. Accompanied by sounds of gamelan baleganjur, people carried offerings, flags with symbols of Dewata Nawa Sanga (Hindu deities who guard the nine directions) and containers filled with heirlooms of the temple, such as pratima (religious effigies).

The highlight of the ritual was when Hindus and the sacred objects were splashed with holy water as a form of refinement and blessing. The offerings, including a live duck and chicken, were then released into the spring and residents attempted to catch them in the water. 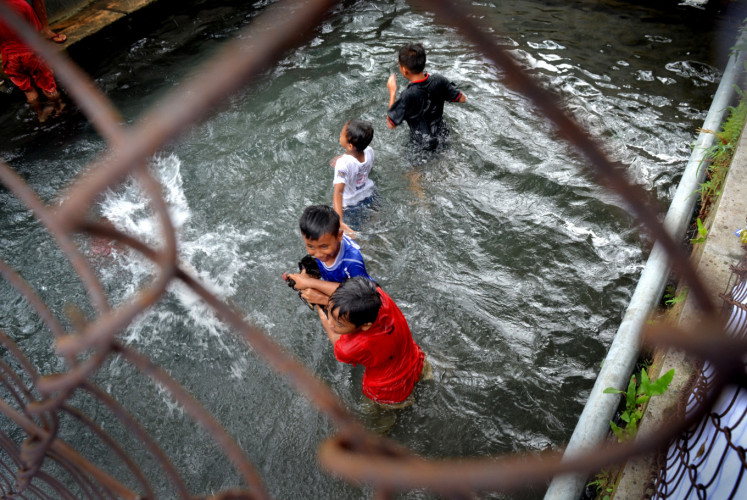 I Gusti Gde Hendrata Wisnu, head of the Indonesian Hindu Religious Council (PHDI) in Klaten, said this year’s Melasti was also held to pray for a peaceful and safe election on April 17. “Hindus will perform Catur Brata Penyepian [four abstinences] during Nyepi and it’s certainly the right moment to contemplate on who we deem appropriate to lead the country,” said Wisnu during the ritual.

Meanwhile, Nur Khotimah, one of the participants from Klaten, hoped the processions from Melasti to Nyepi would make her more determined to do better. “So many negative things surround us leading to the election, including fake news, hate speech and intolerance. We hope Catur Brata Penyepian will enlighten us, so we steer clear of those bad influences and are wiser in dealing with the situation,” Nur said. 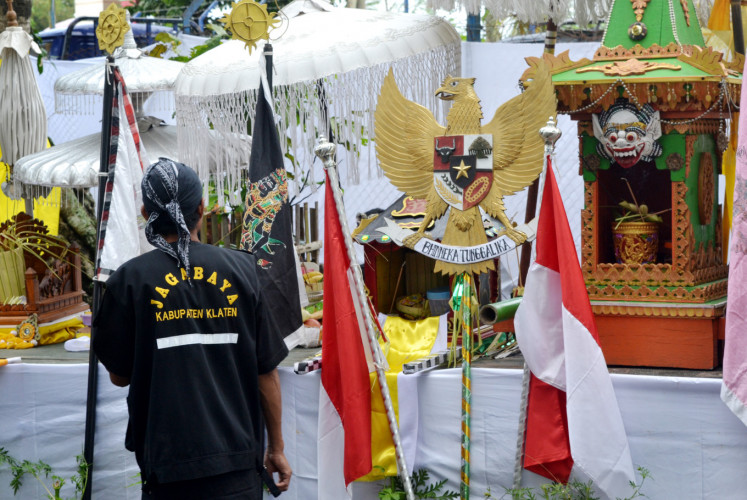 The Melasti ritual will proceed with Tawur Agung at Prambanan Temple the night before Nyepi, and will end with Ngembak Geni (lighting a new fire) as a symbol of getting into the new Saka lunar year. Hindus will celebrate Ngembak Geni by visiting their relatives and asking for each other’s forgiveness.