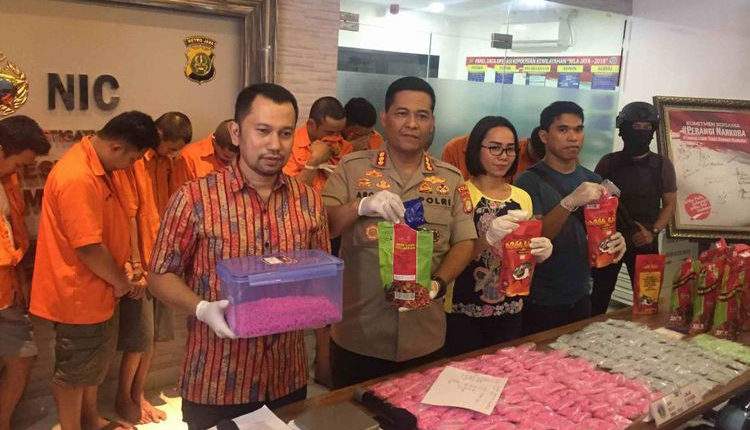 A police crackdown on the network began with the arrest of a suspect identified as YS, 24, on Tuesday, Tambora Police chief Comr. Iver Son Manossoh said. He went on to explain that YS had told investigators he had received the drugs from another suspect, identified as NR. The latter was arrested the following day at a hotel in Sawah Besar, Central Jakarta, where police also confiscated a big brown envelope containing crystal meth.

“We found out from NR that he had got the drugs from someone initialed as ADL in Salemba penitentiary,” Iver said on Wednesday.

Based on a preliminary investigation, YS allegedly worked as a dealer, while NR was a courier. Police confiscated 83.76 grams of crystal meth, 20 yellow ecstasy pills, 30 blue ecstasy pills and 50 happy five pills.

Investigators are questioning ADL, who is currently serving time at the Salemba penitentiary. Police charged YS and NR under Article 114 of the 2009 Narcotics Law, which carries a maximum penalty of 20 years of imprisonment and a Rp 10 billion (US$704,320) fine.