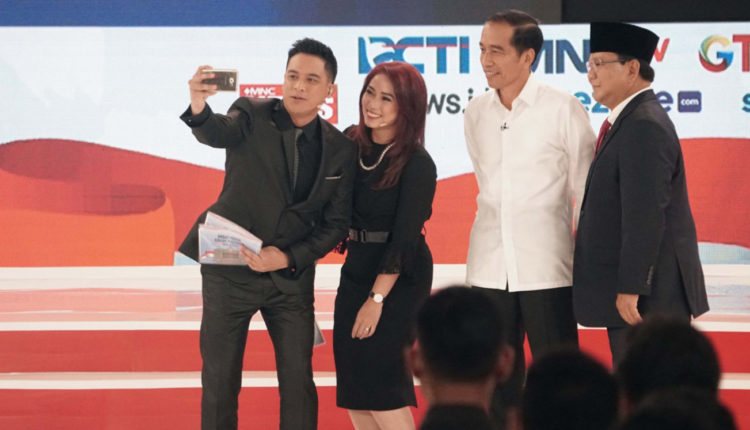 His confidence was backed by the result of survey conducted by Jakarta-based pollster Indonesian Survey Circle (LSI). According to the survey, Jokowi-Ma’ruf’s electability stood at around 58.7 percent compared to 30.9 percent for their rival pair Prabowo Subianto and Sandiaga Uno.

The survey also said the incumbent’s trend had been positive for the last six months.

“The result shows Jokowi-Ma’ruf is more unstoppable to achieve a better result [in the election],” Ace said on Wednesday, as quoted by Antara.

The Golkar Party politician added that the result was in line with economic satisfaction among the public, which stood at around 71 percent. “This is contrary to the opposite camp’s statement that the country’s economy in bad condition.”

The Jokowi-Ma’ruf campaign team would continue to work hard so the candidate pair would achieve the target of 70 percent of the vote on April 17, Ace said. He said he was sure the incumbent pair would come out victorious in the election thanks to their promised programs, including a promise of three new cards: the Pre-Employment Card, Affordable Staple Foods Card and the Indonesia Smart Card (KIP) expansion program.

Jokowi promised the Pre-Employment Card could be used by unemployed people or workers who wanted to do vocational training. He also plans to implement the Affordable Staple Foods Card program and improve existing food aid initiatives, such as rice social assistance programs in addition to the Family Hope Program.

He pledged to expand the Indonesia Smart Card (KIP) program to include university students. It currently applies only to students up to high school level, 18.7 million of whom have received the card.